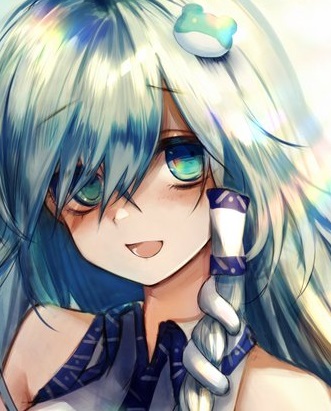 Check out Mr Giang's videos here
[You must be registered and logged in to see this link.]

Mr Giang is a Vietnamese mugen character editor. He has been active since atleast 2015. He rose to popularity between 2018-2019. He is not well known for any one particular creation/edit, but instead for his various mugen character edits.
He describes his mugen journey best in his own words:

Over a year later, I decided to release my works to the public. While I didn’t expect my works to be huge hits, they had turned out to be fairly well-received in MUGEN community. With all of the feedback I had received, I gained a lot of motivations to work on more edits. What began as a simple idea has evolved into a large, well-made MUGEN collection that is accessible for everyone to have the same fun I had with my edits. "


Also BIG ANNOUNCEMENT! It seems that Mr.Giang has announced that he is retiring from mugen (although we have all heard that before).

My Giang wrote:
Hello MFG,
It has been a year since I released my first character and I have been enjoying my time in MUGEN communities ever since.
Sadly, all the fun will have its end. As you may notice, it has been around 3 months since my last release, which is unusually long, given how I frequently released 2 characters a month.
I will be honest here: before my last release (Weiss) on December last year a month, my work required me to move to a different country.
Ever since, I was unable to held local MUGEN matches with my friends, who were my biggest motivations to work on my MUGEN stuff.
My goal to make MUGEN characters has always been to share our joys and fun times to everyone as a way to thank the whole community for setting precedents so we could have some fun on every Sunday night.
We tried IKEMEN but in the end of the day, it just doesn't feel the same as playing some dumb fighting games with each other directly while sharing snacks.
Ever since, update/fix patches for my characters became way less frequently, even releasing doesn't feel as fun as it was as I don't even have any real chances to test them versus a real human player.
And then I decided to take an unannounced break from MUGEN, briefly after my last release to look for a new hobby, even though I have already finished 3 other characters (even their trailers for my Youtube channel) and Kage being nearly finished.
No new release, no more update, not even a reply on my Youtube channel.
Now I have found a new hobby and I will plan to stick with it and its community for a long time.
But this new hobby will require me to save a lot of back-up files on my Google Drive, which is only limited to 15 GB, with at least 5GB is my MUGEN stuff.
I really don't feel like I could archive them in a new Drive as it is unlikely that I go back to the scene anytime soon so there is only 1 option left: they will be deleted after the end of next week.
If you happen to have interests in my MUGEN works, this is probably your last chance to get all of them here (all updated, including Kage, Omega, Mikoto Misaka and Kuroko Shirai).
After all, it has been a pretty long run.
Thank all of you for the support during my time as a MUGEN author.
I hope the MUGEN community will always strive to be a better place for everyone to come and enjoy their own fantasies.
I wish you guys the best.