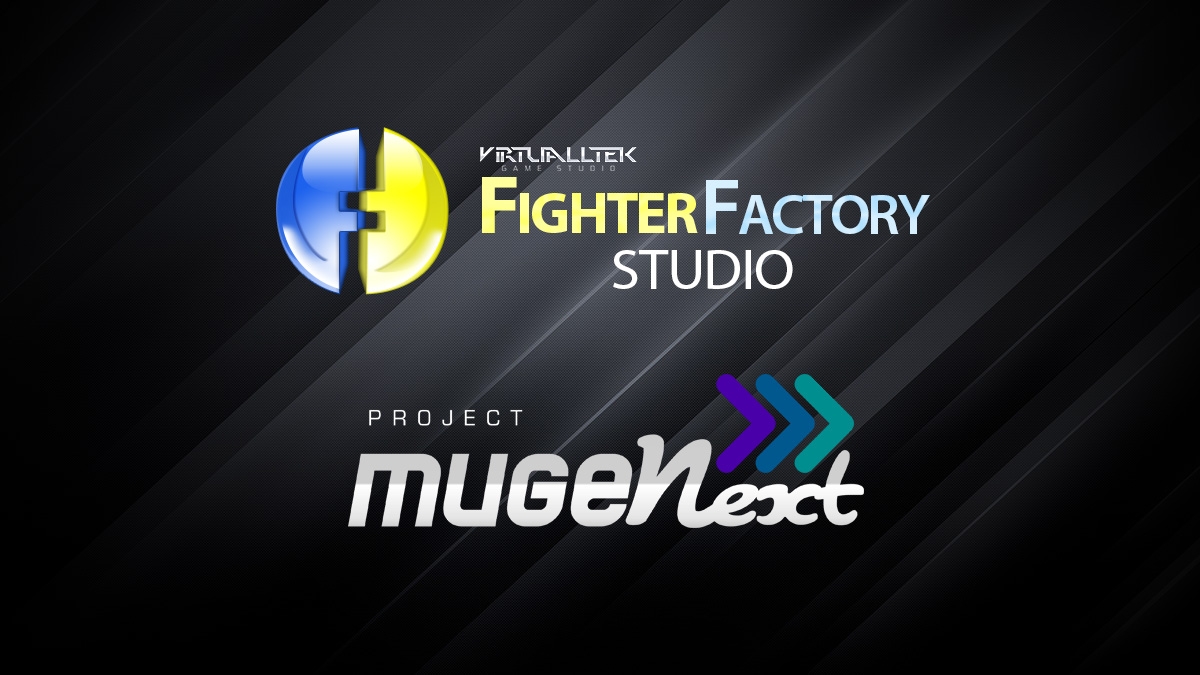 On May 31st 2022, VirtualTek Game studios, the famous creator of Fighter factory - the most widely used Mugen editing/compiling software of all time, announced via their patron page that he/they plan to begin working on a new project called MUGENext.


In Summary, based on Virtualteks MUGENext article, this will be a spiritual successor Engine to Elecbyte's Mugen 1.1
If you donot feel like reading the entire article, here are the key notes regarding the project:

1. MUGENext is a closed source rebuild of Mugen 1.1, offering 100% Backwards compatibility with all Mugen 1.1 content.
it aims to be a complete replacement of Mugen 1.1, something like a Mugen 1.2 engine of sorts.

2. 100% license free and 100% independent of Elecbyte & its licensing constraints (meaning it can be used for commercial games)

3. MUGENext Will be purely Hardware acceleration based & offer DirectX 9 support

5. Select/Vs screen Animation support for big portraits (one of the most requested features for mugen previously only avl via Mugenhook/Ikemen)

7. Pre-caching with hardware acceleration mode enabled (not possible in Mugen 1.1)

I'm finally fully recovered from my surgeries in both eyes and my vision is a lot better now.

Version 3.7 is in the works, and will be released as soon as I fix some bugs and finish missing stuff, which will take quite some time.

But I'm very excited to announce another project. People maybe was wondering why I made a fully M.U.G.E.N 1.1 compatible engine from scratch just to make an advanced debugging functionality, and not turning that into a stand alone, fully functional engine. Some people even asked about Android. In fact, it is.
This is the Project MUGENext!

As time goes, Elecbyte always vanishes and M.U.G.E.N is abandoned, over and over. A lot of people always ask me if it could be updated (of course not, as we don't have access to its source code). From this, some alternative projects of M.U.G.E.N compatible engines where started, like ShugenDo. One thing that always bothered me about these alternatives is that they always try something new, like some format change, so they are not a direct replacement for M.U.G.E.N, you cannot just copy and paste an entire game into it and works without any change, as whould happen with new versions of the original engine (deprecated stuff aside).

So, my goal with this is:


- Free people from Elecbyte and original M.U.G.E.N, so no licensing restriction and years without updates.
- Truly/fully compatible engine. You can copy and paste a full game into it without ANY change (even mugen.cfg is compatible),
so you can start working with it, replacing M.U.G.E.N right away.
- Add some new stuff, but nothing crazy like IkemenGO (it's meant to be an easy to use engine like M.U.G.E.N 1.2 would be than a 2.0 one).

Benefits:
- DirectX 9 support, so older PCs can handle 1.1 content with better driver and hardware support
(it's more widely supported than OpenGL 2.0 on Windows).

- Built on top of Allegro 5, so any platform it supports we can too, like Linux, macOS, Android
(I kinda like how this was the library the first versions of M.U.G.E.N used too).

- Exploit all stuff we get for free from Allegro 5, like video playback, audio codecs, ...

- Zip & 7z support, and archives can be used everywhere if they internally preserve the standard folder structure,
as if its contents where outside the file in the same folder (except mugen.cfg that must be writable).

- Bit shift operators >> and << where implemented.

- Animation support for big portraits (maybe small ones too later).
You can specify anim for these on M.U.G.E.N but it's hardcoded as spr 9000,1 anyway (ignored, but now no more).

- Pre-caching works with hardware acceleration (on M.U.G.E.N 1.1 this works only in software rendering mode).

- SafeMode = 2. The same graphic result as SafeMode = 0, but runs on older hardware without render to texture support, like SafeMode = 1.

What does the name MUGENext mean?
It can mean both MUGEN extended or MUGEN Next. So, like I said before, it's something like a M.U.G.E.N 1.2 would be.

This will be Open Source?
Initially not, but may be, who knows.

It will be available to everyone?
Yes, but Beta are exclusive to our Patrons.

Is it going to be an alternative to IkemenGO?
No. It's just M.U.G.E.N, the Elecbyte way.


I can sell a game made with it, without being sued by Elecbyte?
Yes. Only M.U.G.E.N's environment (binaries) are copyrighted by Elecbyte. They licensed the content itself as Creative Commons 3. So MUGENext fits nicely here as it replaces the Elecbyte's M.U.G.E.N environment completely, only the content remains (which you can freely use). But keep in mind, you cannot sell other's creations, only your own!


Do I need to pay for it?
No. It's totally free without any charge (and warranty), but financial support to keep the project going on is pretty much appreciated.


Beta for MUGENext will start soon.
Thanks to everyone supporting us so much! And stay tuned for news!