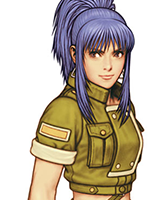 KarmaCharmeleon (also known as CharmaKarmeleon, KarmaCharizard, Karma Chameleon, or Susan Sarandon) is a German MUGEN creator
mainly known as a CVS/POTs style character creator/editor, mainly active on the Mugen Fighters Guild forum.
His activity within the Mugen scene/other aliases (if any) prior to 2018 is not known.

He began posting publicly in 2018 to inform Mugen Trinity Co-counder Vans, about errors relating to his characters during extraction,
but eventually began making/editing his own characters solely in the CVS-esque POTs style around 2019.

Most, if not all of his work is based on Fellow CVS/POTs style Veteran creator Jmorphman's rendition of the POTs creation style.
His characters have a large focus on gathering data from source games and keeping that character's feel.
For example, his Genjuro takes his data from Samurai Shodown V Special while also referencing Haohmaru and Nakoruru's Capcom vs. SNK 2 appearances, while Blanka and Iori simply take their respective data from the latter game and add to their movelist with ideas from their later appearances. 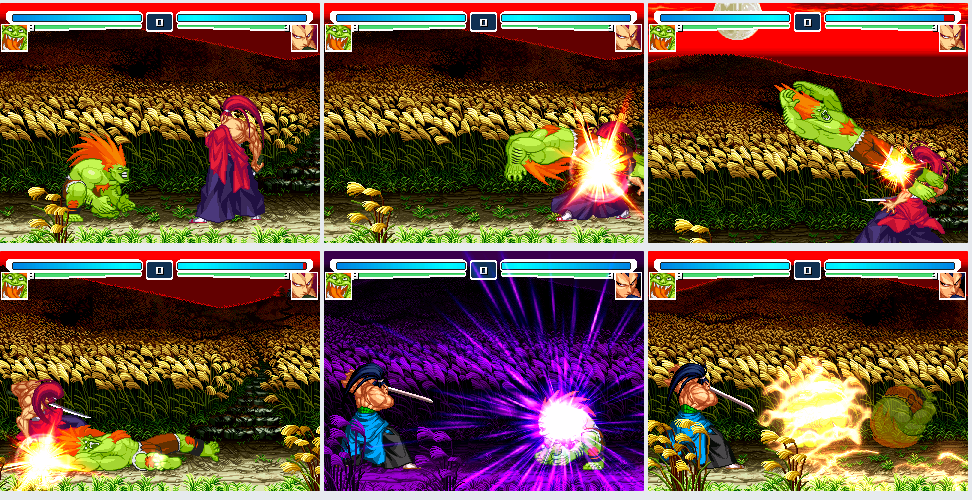 Traditionally, the Mugen Fighters Guild Mugen community had a reputation for being "elitist" in regards to using the work of other creators without permission/crediting them.
Karma Charmeleon expressed he also shared this point of view and often advocated confronting creators he believed to be doing so in a blunt manner.
On April 25th 2021, in response to some distasteful/disrespectful comments made by Karma Chameleon,
a recipient of these comments and Fellow forum member and character editor/creator MOBIKEISLEGEN aka IKEISLEGEND made a response video
to the creator.

While his characters don't necessarily offer anything new and innovative that has not been seen before within the various reincarnations of the POTS CVS style, they do stay reasonably consistent and true to the original format.

but Kamrachameleon stuff is fun to use honestly