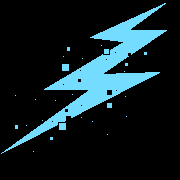 Link : [You must be registered and logged in to see this link.]

Newsboy (Stone)
Created 5 or more Unique Topics
Rank Hunter (Bronze)
Obtained The Highest Tier 1 Initate Rank
Crowd Favorite (Stone)
Recieved 10 or more likes from other Members
Survivor (Platinum)
Survived 6 Inactive Account Auto-purges
★★Pot Of Prosperity★★
Commissioned/Donated to support Newagemugen
Kindred Spirit (Gold)
Liked 30 Forum posts
Posts : 107
Honor : 8
Join date : 2018-03-29
This is awesome.
I really always wanted to learn how to code characters with complex summoning abilities like this.
Do you plan on doing any other FInal fight characters?
Or are there any other side scroll beat'em ups you may tackle?

Survivor (Gold)
Survived 3 Inactive Account Auto-purges
Heaven's Door (Silver)
Created 20 or more Unique Topics
Kindred Spirit (Silver)
Liked 15 Forum posts
Rank Hunter (Bronze)
Obtained The Highest Tier 1 Initate Rank
Crowd Favorite (Stone)
Recieved 10 or more likes from other Members
Posts : 40
Honor : 0
Join date : 2020-04-11
I have a beat'em up game called Punisher : World Warzone on my site that has all the side scroller characters I've made so far. It has finishing moves, interactive stages and a lot of other stuff I can't do in normal Mugen releases. Right now I'm converting some of those characters for normal Mugen. Probably won't be able to convert them all because some are just NPC's to beat up in arcade mode.