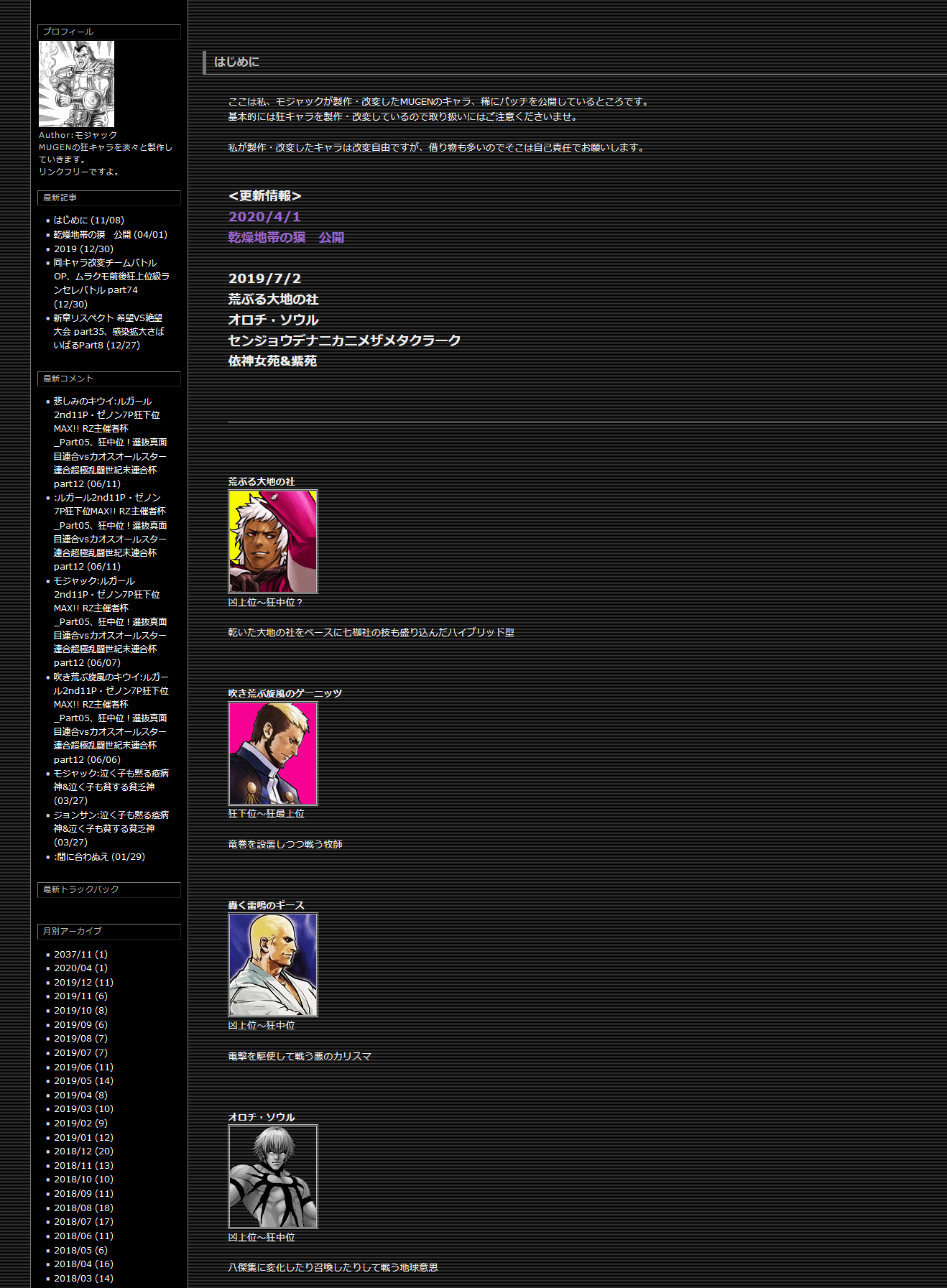 He is best known for his various Overpowered KOF Boss character edits such as Wild Orochi Yashiro, Whirlwind Goenitz, and Awakened Clark. He has been active in the Mugen scene since as early as 2013.

As of 2020, his Mugen creator activity status is unknown. His last known activity was in April 2020, when he released his most recent character, AZ-Doremy. Despite this, his KOF characters in particular continue to feature in numerous KOF Mugen Youtube videos on most major KOF Mugen youtuber channels.
DOWNLOAD LINKS