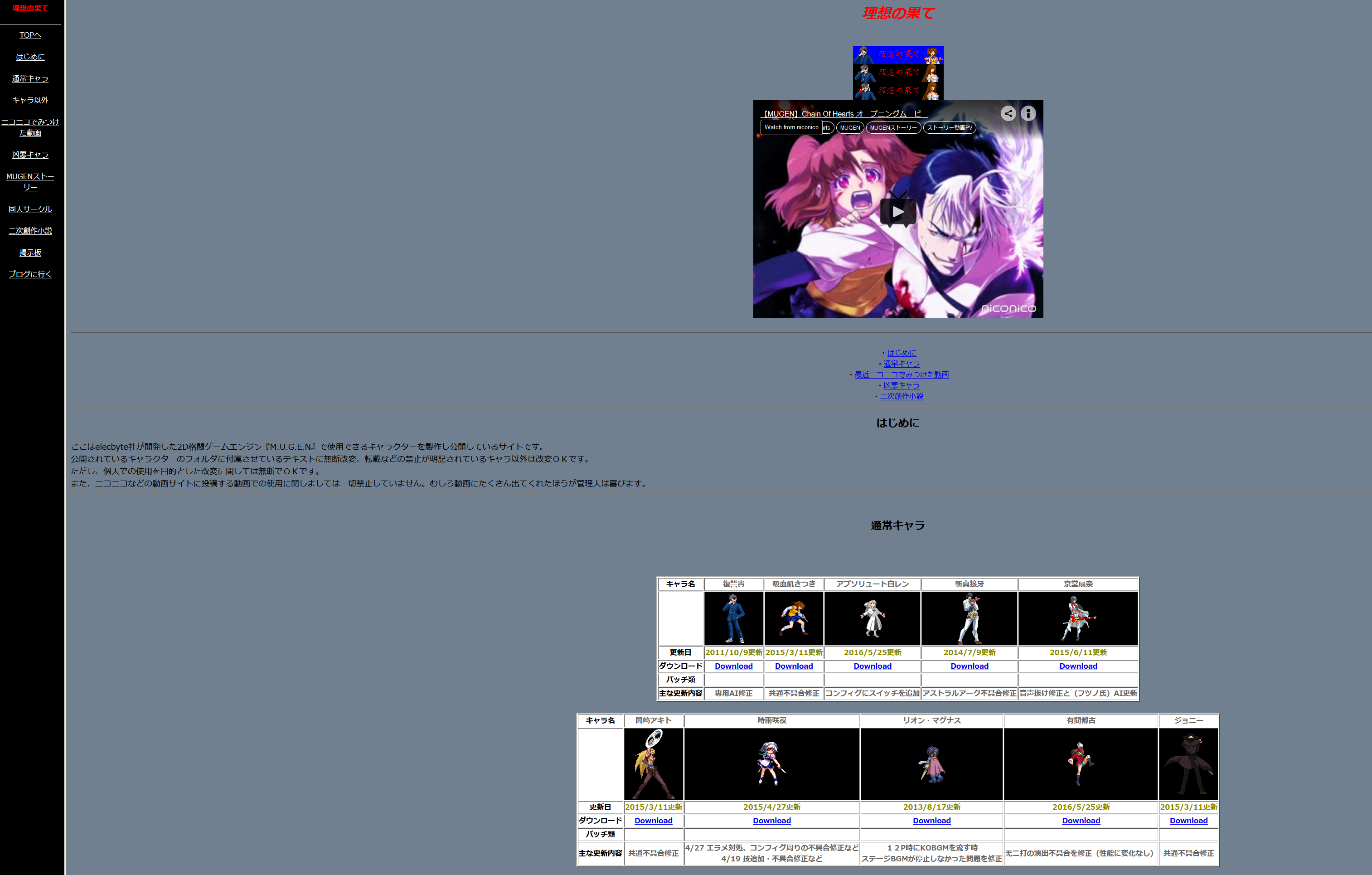 RISOU NO HATE aka "The end of ideals" is a Japanese Mugen site owned by character creator 如月竜人 aka kisaragiryuto. It is one of the few remaining veteran sites from the infamous "golden age of mugen" period and has been active since atleast 2009. Kisaragi is not particularly known for anytrhing specific, however he has released a variety of different characters mostly from Doujin games such as BigbangBeat, Melty blood and the Touhou series. 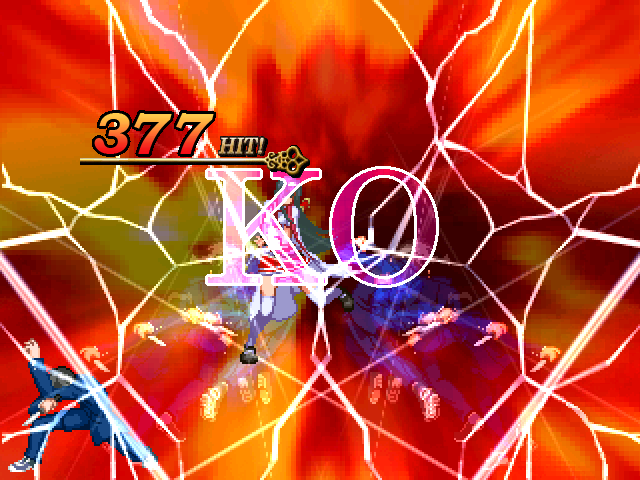 It also host creations from other Japanese creators such as Bask, who is well known for his Mech Gouki custom Edit. Many melty blood and anime themed characters can be found here.