Well guys, I have some news that can be good or bad, depends if you like my work or not, lol
...but I am in charge of coding Blue Ranger :) 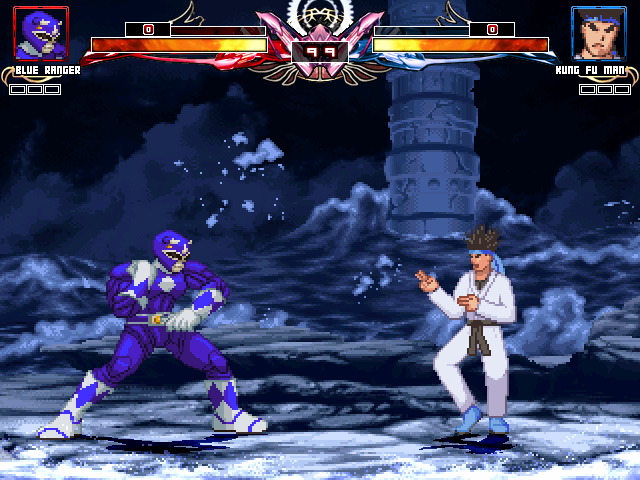 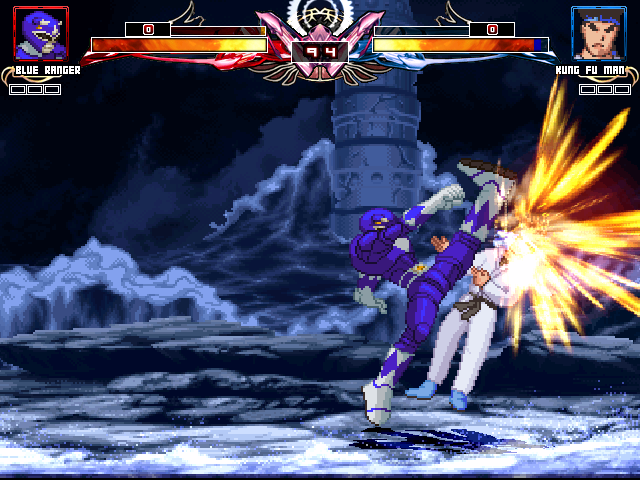 He is still on early stages because I am busy coding other chars and still be busy for some time, but he is on the works now :)

Yeah! This is one of the secret projects I've been working on!
To be honest, yes, he'll be using a LOT of Captain Commando for bases, but don't worry, I plan to throw in more unique stuff, especially for Special and Super moves. Here are a few samples:

-Why Billy? I need dat Red Ranger yo.
Because Billy's the underdog! Jason or Tommy would've been the obvious choises. Plus, Tommy has that additional armor.
Though with helmetswaps, it'll be quick to get a Black, Red or Green Ranger (green with the added attributes) along.
Reusing the base for the females is a no-go for me, that's just not sexy enough for me dawg.

-Movie custume, ey? The simple series spandex would've been easier...
But not as awesome! Also, I'd like to note there seem to be two versions of the Movie outfit, as seen below. I based my design on the one on the right.

The only thing I left out is the Dino Coin symbol on the chest. Too troublesome. Though the Morpher on the belt came out nice I think.
I did leave out the gunholster and the gun as well... I left out some lines on the gloves as well, though I did get all the diamont shapes! The design of his back (mainly the shoulder blades section) I changed a bit as well. Oh and the helmet is based on the series version (it has the silver trim along the visor, and the visor has harder angles. I don't like the roundiness of the Blue Ranger's movie helmet).

-Dude I would like to suggest -insert whatever Power Ranger from whatever series-.
Nope.

-Has a movelist been planned?
I'm tinkering with it, yeah. I got some ideas. I'll probably have him use his Tricera Lance for Supers only. I WON'T be adding assists, be it other Rangers or Zords. This guy can take proper care of himself! I want to have a lot of cool martial arts stuff instead. For example:

C'mon son, you know I'm putting in some Scott Adkins action. Yeah you'll have to excuse the jumpyness of that animation, it's still in progress!

At the moment, this is what's finished:
-idle (not animated yet)
-all guards (standing, crouching, jumping)
-all jumps (forward, up, backwards), and jump-landing
-crouching
-turning and crouch turning
-dash
-get up
-standing strong kick
-jumping weak punch and kick
-warp intro

A couple of other animations are in progress.
Hope it peaks your interest and you'll be following!

Yeah, the leg is result of Captain Commando as a base in some frames

[quote author=Balthazar link=topic=158927.msg1953795#msg1953795 date=1398849960]
Alright I went with the browner hair, though I made it a bit lighter then the hair from the Sudden Freak's sprite (more desaturated really). Here's a sprite of Billy with his classic overalls, striped shirt (will be a bitch to animate) and glasses: 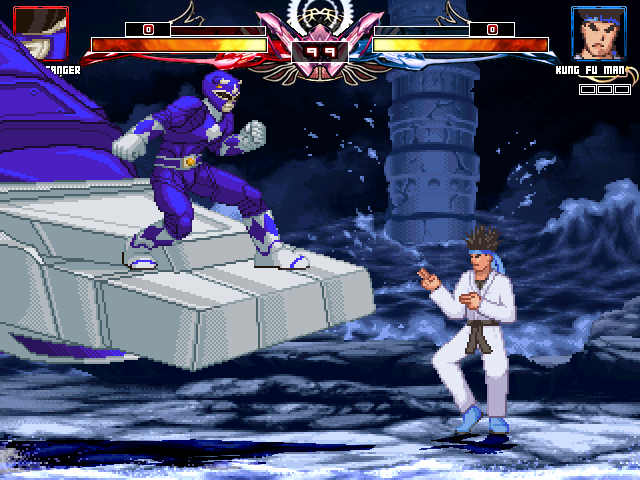