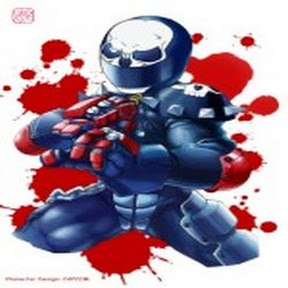 Check out his videos here
[You must be registered and logged in to see this link.]

R@CE AKIR@ is a veteran Mugen character creator. He has been active within the Mugen community since as early as 2007.
As of January 2020, he is still active on various mugen forums. He is also known as R@CE45 and HALE R@CE CAES@R.

best known for his Pseudo CVSNK/POTs/Marvel Vs style gameplay characters from a range of Capcom and SNK game franchises, however he has applied this style to other characters aswell such as Teenage Mutant Ninja Turtles and BigBangBeat.

His characters are undeniably among the most used and downloaded characters in mugen still to this day.

As far as innovation, he is one of the first creators to entertain the idea of applying the modernized hitspark and CVS-esque gameplay style to NON CPS2 characters such as Breakers, Fatal fury, and others.
His character gameplay style has evolved over the years, and many others have attempted to emulate his style.
For a short period he underwent some criticism from MVC/CVS/POTs style Purists on his gameplay style, however despite this he has continued to not only convert previously unconverted characters over into his particular style, but he has also created characters which act as the base of further edits in a wide range of MUGEN/IKEMEN CVS fullgame projects, therefore slapping many of his critics in the face.

Race Akira wrote:Hey guys! Its me R@CE AKIR@ again, This time I'm showing off yet another character that I've been working on with the help of Dampir & Skeletor EX which is a revamp into the Infinite/Pots style. It's Samchay Tomyamgun from Fighter's History. Remember him? Dampir did his CVS-ish retouch to Samchay's sprites, and Skeletor EX did a lot of additional sprites along with testing him out. I tried my best to make him feel like he did from the game he game he came from and also a mix between something new and old yet solid. Make sure you guys check the config file and read me because I made a option to where now you can choose between having wall bounce or not. I will add this feature on older characters in the updates to come. Now we finally have another Muay Thai fighter in Pots/Infinite Style on SNK's side. Anyway hope you guys enjoy! And remember to like the video. More characters on the way ;-)