The game involves a variety of characters who are trying to defeat the "Silver Fighter".

There will be around 10 to 15 characters, in the preview above, i show you the first two characters for this game.

Characters are, from right to left- Motive and Scope

I will post more screenshots of them once i have finished them, aswell as some of the new characters that were just recently started.

The game will have interactive properties.

The select screen will have a stage preview when selecting a stage.

In the preview above, i show you the first stage i've created for the game, its called "MarkZone"

It is interactive. How?

The jets you see in the background, while you're fighting, those jets will be flying around, and when your health reaches a certain level, those jets will shoot at you damaging you even more.

Each stage is gonna be interactive, the hard part is, coming up with the idea for the interaction, lol.

Now, the lifebars are also interactive.

If you have seen my "Pulse Lifebars" these lifebars are gonna be very similar to them, but with a different layout.

Each character will have crazy combos and supers.

But trust me, those combos will not be easy to do.

I've also set my mind to giving each character his own infinite combo. Why?

Since each character has all these combos and supers, it would be a good idea to throw in a specific infinite combo for each character to cope with some of the most powerful characters.

How is this gonna work?

Its not gonna be like if you were just to be pushing a series of buttons and you'll come out with his infinite.

No, instead each character will have his own button combination, they will not be the same.

And, the infinites will not be the easiest things to do, timing will everything and positioning aswell.

Here is a small preview of what the game is turning out to look like.

The character thats on the far right, will change into all of the characters, it will show an animation of each character.

This only the beginning.


Let me know what you think. 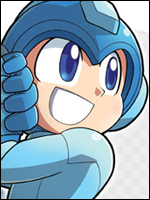 @Seph wrote:So is this fighting system based on other games?

@Seph wrote:Then I can't wait for It! 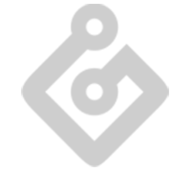