Hinata Wakaba (me) vs Giygas (CPU)

In his first form works like a stationary character. It's hitbox cover fullscreen and he can't block attacks, however this doesn't mean that he will be an easy opponent. Both Giygas health bar and power bar are continually filling so if you don't attack it in some time he can recover his full stamina. You need to hit it in order to defeat his first form like a regular character.

Second stage
Once Giygas is defeated one round he woun't be damaged by attacks anymore so attack him is useless. The idea is that Giygas become unstable and he can't control his own powers anymore. There's no way to hurt him, the only thing you should do is keep your character crounching like if you were praying for your life... When the game register certain amount of time of your character crounched the screen banishes and Giygas fill his power bar inmediately, however if you stop crounching wether you dodged some attack or you got hurt by Giygas attacks the time you were crounching will reset and you need to restart the process. Unlike most characters in MUGEN Giygas attacks causes cheap damage and that's the deal of this boss. He will try to cheap you 'till your character can't resist anymore so I decided to use to Hinata Wakaba because she can dodge attacks in order to reduce the cheap damage the more possible. This second stage last a lot and you need to banish the screen several times before you can reach the third and last stage.

Third stage
Giygas becomes even more unstable and now he makes use of his feared hypers the Rocking Omega and the Stars Storm. The first causes a massive damage if hits and a ridiculous amount of cheap damage (about 40% stamina) and the second are unblockables proyectiles and the damage they causes is massive as well. In my video Giygas decided to send me the Rocking Omega.To say the truth I was thinking that my character was going to lost with the cheap damage but surprisingly I could resist because my succesfull previous dodges. Luckily the third stage lasts much less than the second. At the end when appears the message "Our hero's cry for help touched the heart of the player! Now's your chance! Free them from the darkness dimension!" you need to press F1 key in order to beat him and that's the only way to get it. Very unbalanced fight 'cause if you are using a character that cannot dodge attacks or even block you will be dommed yes, I tried so hard to manage try beat him using my main Omega Tiger Woods but all was in vane. Hinata Wakaba was a good second option for me, though.

Well, what can I say about this video? Meteoric Marisa is one of those characters that everyone'd like be far away from her. Meteoric Marisa AI is pretty cheap. She frecuently uses that infamous Star Warps while she gains invencibility frames and after these she can punish you from behind and combo you untill you get KO'ed. I was able to find a brief window of opportunity againts her using OTW anti-air attack, yes that "HERE COMES THE AIRPLANE, PSHEEEEEW" attack because Meteoric Marisa AI tend to confuse a bit with it, somehow (She blocks it a lot). However it isn´t so easy with her triying to close to you all the time and being so cheap as she can be. After a couple of painfully defeats I just felt like the time to finally beat her has came. Perhaps I just felt The Eye of the Tiger, who knows. Also I think this song perfectly musicalized the match. I just think this was just like magic. To the hell with the YouTube copyright guidelines and to be honest, this video is my all time favorite fight talking about my videos. 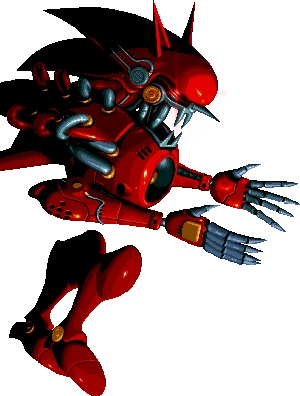 There is a curious glitch on Giygas Doom mini-game, usually when you get shot by the cowboy, a zombie will appear, getting close to you and you will die hopelessly. However Omega Tiger Woods has the ability to send falling rockets and a crane even if he is being hurt. So if you are able to launch a missile over the cowboy AFTER you have been fired by him he will fall to the ground, just like if you shot him with the gun and that zombie will disappear immediately which causes the game to not progress beyond this mini-game.

There is a curious point about the Omega Tiger Woods crane attack. If the crane grabs the enemies, it proceeds to pick them up and then drop them to the ground, which is the normal way of attack. However, it is well known that in stages with larger vertical limits, the crane attack lifts the opponent even higher. There is a strange stage known as "looooooooooog meme", this stage presents a fairly large upward scrolling movement, once the stage reaches the top it begins to return to down in the same way. Grabing foes with the crane either the stage is going up or down causes that the camera travels in a dizzying way, just check it out, please!

Characters shown on this video:

Newsboy (Stone)
Created 5 or more Unique Topics
Posts : 16
Honor : 0
Join date : 2022-09-12
Unable to beat certain MUGEN characters from the author "KAZ" (in this case Storm from X-Men Series and Anita from DarkStalkers Series) using my main man OTW I just decided to use that little crazy chicken named Moorhuhn or something like that. KAZ characters usually have some really broken AIs So this pair of characters deserve to eat all my bullets.

Moorhuhn (me) vs Storm (CPU)

Moorhuhn (me) vs Anita (CPU)

Constantinius3rd wrote:the characters aren't even fighting though it looks like they are kind of bugged

I had no other option. Even playing like that spamming bullets and beams I was in imminent danger. because KAZ's characters are pure evil and can use invincibility frames as often as they wish it. I invite you to test them by yourself: http://www.wolverine.sakura.ne.jp/mugen.html

Newsboy (Stone)
Created 5 or more Unique Topics
Posts : 16
Honor : 0
Join date : 2022-09-12
The_None's Giygas vs Kurogane's Reimu Hakurei
Giygas (me) vs Reimu Hakurei (CPU)
Because it's hard to understand what happens on this video I leave a description below of it.

If you know about kurogane's Tohou characters you know that they starts at first round like normal chars. I mean, they can be over-powered but the trouble starts once you defeat one of them one round, because they will come back on a different way. What I try to mean is that all of them become super cheaps. In this case Reimu being damaged at 50% of her health she falls to the ground (with fully invencibility frames) and will restore all her health and gaining new super abilities, like the bombs in Tohou series. I just wanted to beat her somehow and I devised the strategy using a Giygas. First round I beated her on a normal way and in the second round once I knock her, wait for her to recover all her health and trap her in those deadly mini-games that Giygas has. For me this was the only way to survive because Giygas can't block attacks and I needed to have my health bar as full as possible when Reimu will reach his final state in which she stands in mid-air and a rotatory hellish shoots attacks stay on screen. I had planned beat her on the second round but things didn't turn out the way I would have wanted. I have to mention all Giygas mini-games despite being mortal are escape-able all of them. The CPU randomly can escape from them, though. Reimu starts the 2nd round like her regular form but once she falls knocked out at 50% of damage she reborns and get more powers. Here I took advantage and trapped Reimu for the first time, the Ao oni trap killed her and then she recovered all her health, again I trapped her for the second time and this time was the Belgrave Square Labs Fryer trap, this traps was also succesfull as well but here happend an issue. Usually opponents beated by this trap explode in blood but this was a special case 'cause Reimu dies at a 50% damage instead of 100% so MUGEN set free her but with 51% of health. Rapidly I knocked out again with a Wall of Darkness so again, she recovered her health, at this time I tried to trap her for the third time again but I failed so I just had to endure all her attacks while I tried to hurt her. Once she was knocked out I repeat the strategy and traped her again (4th time) and it resulted the Ao oni trap again that was sucesfully and she died but of course she again recovered all her health, I just tried to trap her again (5th time) and Reimu was send to the Belgrave Square Labs Fryer again HOWEVER this time the CPU got scape from the trap. Nevertheless my stamina was low at this point and I couldn't survive. By the third round I managed to knock her as soon as possible and then Reimu started his final state and here's was the key to my success. Like Giygas can float in the air I positioned him just above of that floating Reimu and started to launch Giygas's Energy Waves up to the left, up to the right and from above to down. This was hard 'cause the rotatory attacks of Reimu were moving me from the spot and obviously I was being damaged, so I had to reposition my char in the middle of all the effects that Giygas uses in order to not be seen with ease for his opponets (human opponents) AND at the same time I was sending Giygas's PSI powers (psychic powers). Because my health was low at the time my PSI powers were sent right away, telegraphed with a sound, without having to shoot a box. This was just question of luck because not all PSI powers do damage but I could see the "Storm Attack" from time to time. This was a tight win, almost miraculous.