» Introductions » Hello, I'm not a Lurker.

Hello, I'm not a Lurker.

Death Note (Wood)
Created Your first Forum Topic
Kindred Spirit (Bronze)
Liked 5 Forum posts
Posts : 23
Honor : 0
Join date : 2022-08-19
Hello people, I'm new here but i'm not new in Mugen. Normally my projects are based in edits or similar but i also can do my own stuff if i want. I even know how to make storyboards, stages, screenpacks, lifebars, but i'm better doing chars than the other stuff. I'm not specially focused in do a specific style (But yes, i can do it too) I normally like to try to make original things and unconventional things like plataforms, beam collition, fly playing with angledraw and that kind of stuff. It could be said that if there is any quality problem with me it is more because of taking on too many jobs/projects at the same time. I can work in Ikemen, Mugen 1.1, Mugen 1.0 or Winmugen, but normally i prefer to keep in Mugen 1.0

Just for show something i'm currently working on it: 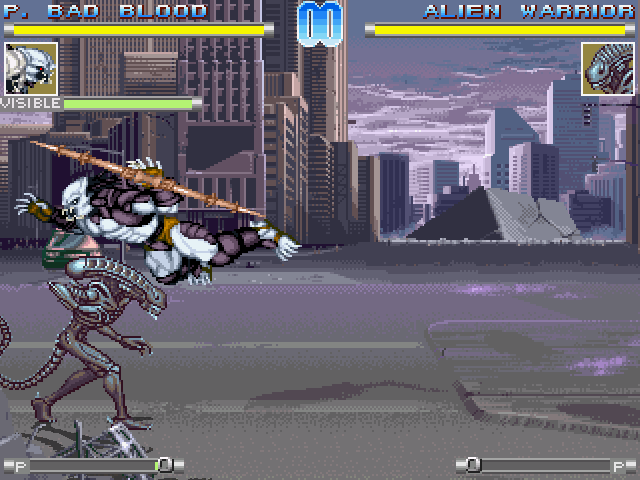 Basically i tryied to do a update of this old mugen when i was starting and now i'm trying to make it better. I'm redoing the gameplay to make a easier and more balanced system. The chars are something like echo between them but everyone have his stuff for make them different.

Example with the Aliens: Alien Warrior is the most balanced, Defender have focused in defense have less attack and have an armor system, Smasher is focused in attack he have strong attacks but is slower than others.

Anyway, nice to meet you, if anyone needs anything or wants to ask me about something, feel free to send me a DM

» Introductions » Hello, I'm not a Lurker.