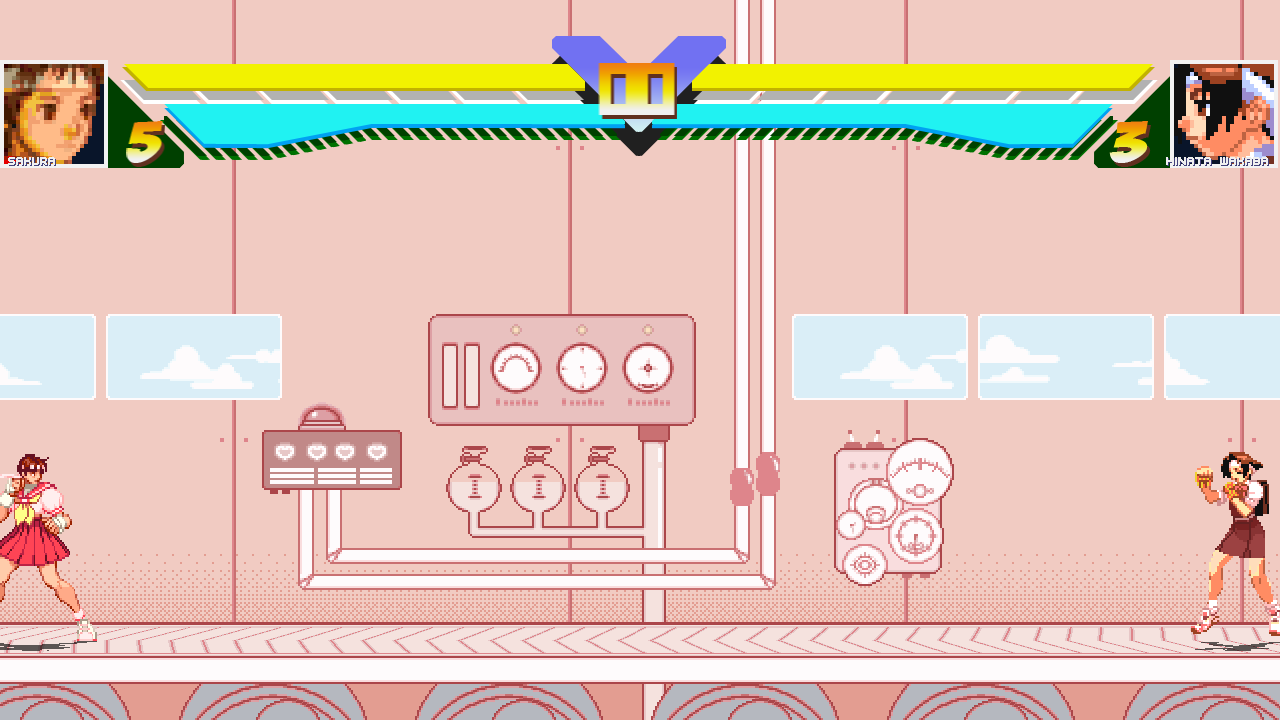 So I don't know if you guys already know this, but there's this MUGEN stage called Morfonica - Daylight, which basically is based on the song Daylight by Morfonica, a band from the BanG Dream! franchise, also, coincidentally, a stage that I've created (what are the odds?). So anyway, I wanted to create another stage for MUGEN, and this time I laid my eyes on this song called Mou Ichido Luminous, a song by Pastel*Palettes, also from the BanG Dream! franchise. I especially love the setting of the video clip, which is partially set on a stage in the middle of the field, and partially in a toy factory.

This stage is based on the toy factory. Now, originally, the concept was quite different, but I decided against it after I began working on it. Basically, it would play out the entire factory scene in the background, with the members of Pastel*Palettes appearing in the background as dolls, and at some point the factory getting dark, after which a pinata would begin to glow and explode. However, the concept just didn't work, so I went for plan B: By setting everything on a conveyor belt.

Actually, maybe it's fair to also make the abandoned version available. You're free to do whatever you want with it.

Anyway, this will be one of my bigger projects, mainly because I not only have to stitch together several scenes, I have to create new scenes to tie each scene together. Right now I've only done about 60% of Aya's part (the main part of the MV). I've already have an idea for one element of a new scene, but it's literally just one element. I might need to make a concept of how it should play out. Also, I might make alternate colored versions as well, one for each Pastel*Palettes member. That one shouldn't be too hard, since almost every element shares the same palette, so it's just a matter of palette swapping.

The original MV as a reference

- image above looks distorted/pixelated on clock faces compared to source version in the video link - - floor sprite looks quite jagged and pixelated.

I've decided to post a preview video of what I have so far. It's not much, and I need to plan the other screens now, but it's at least something.

I would try and find better source images or tidy them up to increase the quality, but either way good luck and hope that helps.