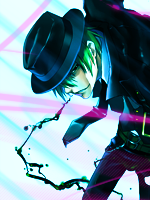 Its cool man, it took everyone's input to get me this far. Now i just gotta figure out why Ibuki's Big portrait is off while Chun-lis is spot on.

Not an expert on that sort of thing, but that seems like a layer issue.

Should be simple to fix by adjusting the placement of your Ibuki render in your port.

Seph pretty much summed it up and with time. Elecbyte might update this feature for more than one sprite location.