- US Title continues to be neglected and unwanted with filler match. sheamus wins.

- IC title battle royal is obv. It will be Cesaro. I will be shocked if it's not, but if it's not it'll probably be Bo Dallas. it'll help establish him and it'd be something nobody expected, giving his character momentum, the crowd seems to be slowly catching on to him, he just needs better opportunity. This could also be a smart opportunity to have Sandow come out to his own music, as his own name with his own wardrobe and winning as the complete underdog and getting a "repackage" without being removed from television. But we all know that's never gonna happen.

- Tag title match. Over done but what more can you do? Usos will win even though Wyatts could use more momentum. I don't think the usos will drop the belts to the wyatts. they'll either drop them to The Dust Bros or a new appearing tag team whenever that may be.

- world title is also obv. Cena's winning, there's no way he's dropping the belt this early. and if he does, i'm going to be fucking shocked.

this whole ppv seems deja vu and filler. but w/e, you never know i guess.

G wrote:what the fuck did fandango just do on smackdown

Cheat us out of a possibly decent match.

At least we got to see the Party Foul!

:Sponge: But you 2 have so much in common.

G wrote:I'm a fan of the person playing Adam Rose because his Leo Kruger persona was mad dope IMO. I've grown to dislike Adam Rose though. It's funny how i started off hating Fandango when he first showed, now that everyone hates him i really like him and I liked Adam Rose when he started when everyone was hating and now I dislike him lol.

he had mostly generic moves, iirc his finishers were a big boot and a clothesline called "The Slice."

Guest
Talk Of The Town (Wood)
Recieved 5 or more likes from other Members
★★Dark Master Of Fists★★
Newagemugen Member for over 10 Years
They already did that.. his name was Ken Shamrock.

★★Thousand Dragon★★
Posted over 1000 Messages
★★Dark Master Of Fists★★
Newagemugen Member for over 10 Years
Lord Of War (Gold)
Obtained The Highest Tier 3 Warlord Class Rank
The Greatest Showman (Platinum)
Created 40 or more Unique Topics
Kindred Spirit (Bronze)
Liked 5 Forum posts
Hype Beast (Silver)
Recieved 30 or more likes from other Members
Posts : 1466
Honor : 11
Join date : 2012-02-24
Adam Rose's Leo Persona was pretty sick. I guess the Wyatts have that department on lock tho. And I sincerely hope they don't screw Kenta's character up like most/all of the other Asian wreestlers they hired. Maaaan...they probably gonna tone down his moveset too!

Guest
Talk Of The Town (Wood)
Recieved 5 or more likes from other Members
★★Dark Master Of Fists★★
Newagemugen Member for over 10 Years
Spike told TNA they are done, TNA has until October to find a new network or they are fucked.

Yet another company..Russo kills, Spike hates that dumb ass nigga.

In TNA news: Gunner & Samuel Shaw have both been released. Rumor is going around that Gunner may make a WWE/NXT appearance. 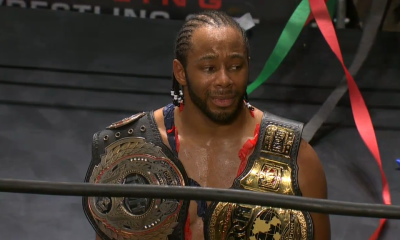 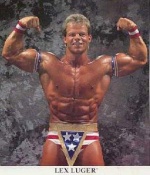 In TNA news: Gunner & Samuel Shaw have both been released. Rumor is going around that Gunner may make a WWE/NXT appearance.

Roderick Strong Vs. Jay Lethal for the unified titles confirmed @ Death before dishonor.

source?
i would love to see Gunner wrestle in front of a bunch of high school aged wrestling nerds and marks.

Guest
Talk Of The Town (Wood)
Recieved 5 or more likes from other Members
★★Dark Master Of Fists★★
Newagemugen Member for over 10 Years
lol Why do you like Roderick Strong? dude sounds like someone kicked him in the nads.

Oh yeah and.. Who's Hulk Hogan?