My releases and COTM favoritism

Rank Hunter (Bronze)
Obtained The Highest Tier 1 Initate Rank
Taunting The Devil (Gold)
Newagemugen Member for Over 7 Years
Heaven's Door (Silver)
Created 20 or more Unique Topics
Posts : 95
Honor : 0
Join date : 2012-12-29
I've had my releases come into full contention in MFG's Character of the Month voting a couple times now, but there has always been a weak turn out of votes in my favor. The major reason seems to be favoritism, specifically that which comes from much bigger authors and specific gameplay formats. Last time, my Sailor Jupiter was up for votes and she only received 1 vote, while Saturn received none. This month, I have two releases, an update to Jupiter and the release of Link. I have a great fear that they won't even be nominated, and that the award will go to someone with a higher popularity rating just because of who the author is. I work hard on these guys and receive little to no recognition or reward for that hard work.

Someone releases something hi-res, everyone goes "ZOMG HIRES LA:SKJDLASKJDASLHD. YOU'RE A STAGE MAKING GOD"

They don't realize the damn difference between levels of authors and the effort put in into different stages.

Just like that kid who did that god ken edit (i forgot his name) who made the thread asking why his topics dont get many responses, I think it really comes down to that.

Like, people will be more interested in a new Akuma before they would a Sailor. That's not to say your work isn't good, but not many will bother to try them, let alone vote on them. Let someone release a POTS style character and its all "OMFG +1 nice car!"

Rank Hunter (Bronze)
Obtained The Highest Tier 1 Initate Rank
Taunting The Devil (Gold)
Newagemugen Member for Over 7 Years
Heaven's Door (Silver)
Created 20 or more Unique Topics
Posts : 95
Honor : 0
Join date : 2012-12-29
All the nominations and votes I can get over there is truly appreciated. 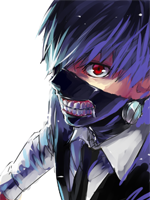