Rank Hunter (Bronze)
Obtained The Highest Tier 1 Initate Rank
★★Dark Master Of Fists★★
Newagemugen Member for over 10 Years
Heaven's Door (Silver)
Created 20 or more Unique Topics
Posts : 131
Honor : 3
Join date : 2011-11-22
OK so I still see some color loss on sprites and it should hopefully not happen too much after this tut, unless good reason (complicated heavy stage... even then).

This is my personal method but there might be others. Feel free to post your own method. I like this method because I can batch process it (make it automatically by the computer with a script) and RGB split ANIMATIONS. That saves you a fuckin lot of time...

we start with this image. (I will explain for Photoshop and Paint Shop Pro, but the concept is the same anyway): 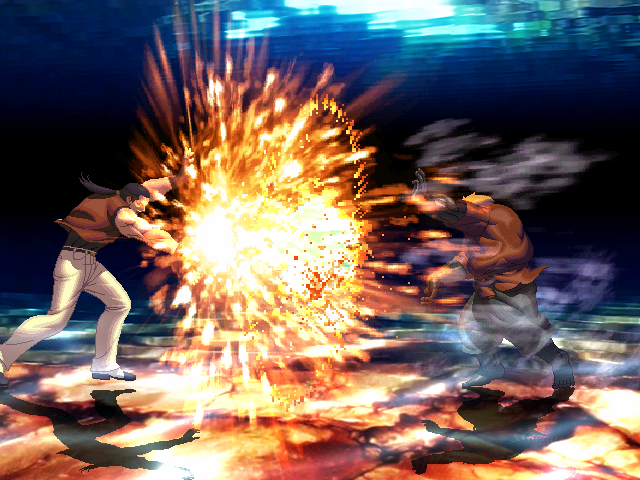 So here is what you do. 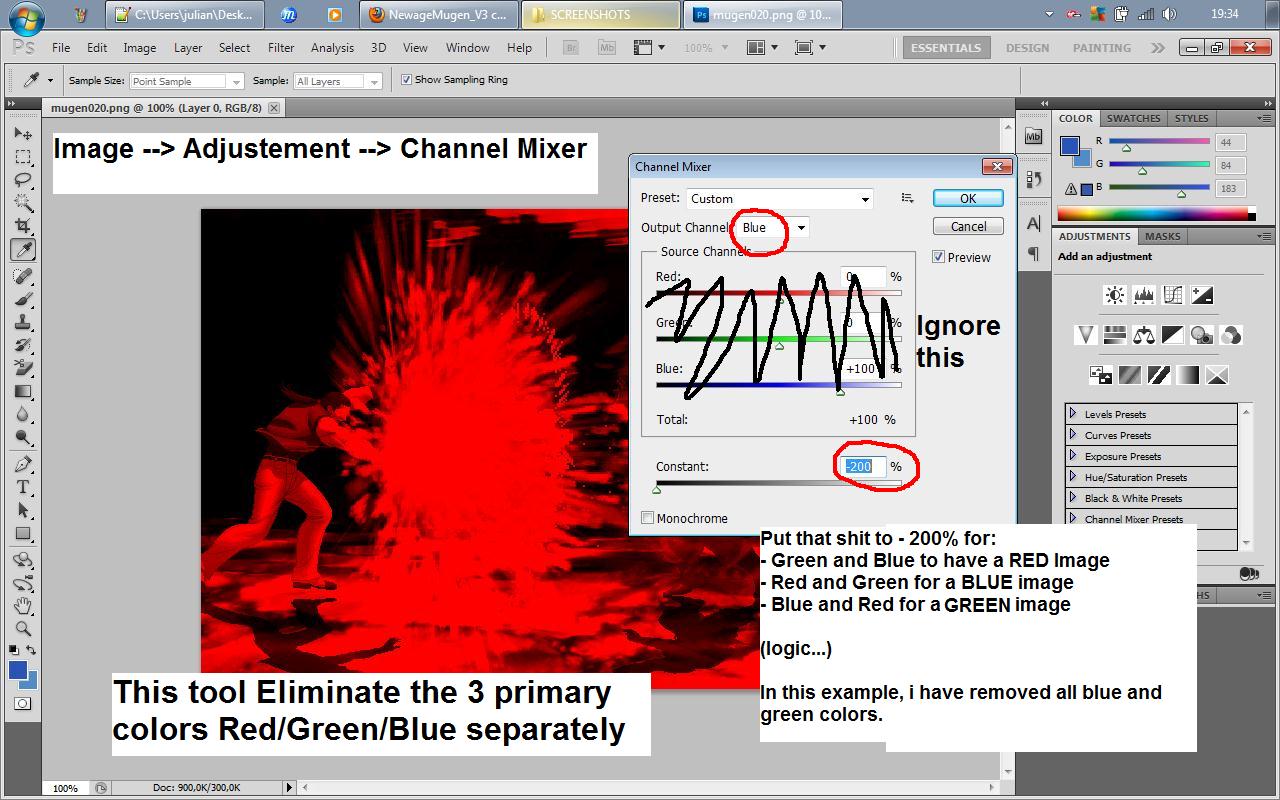 Paint Shop Pro
(same concept than for Photoshop obviously, just a different software)
(About the "Modif_RGB" button, it's a script I built so you won't find it in your software spontaneously but the point is to show you can make it automatic if you want to) 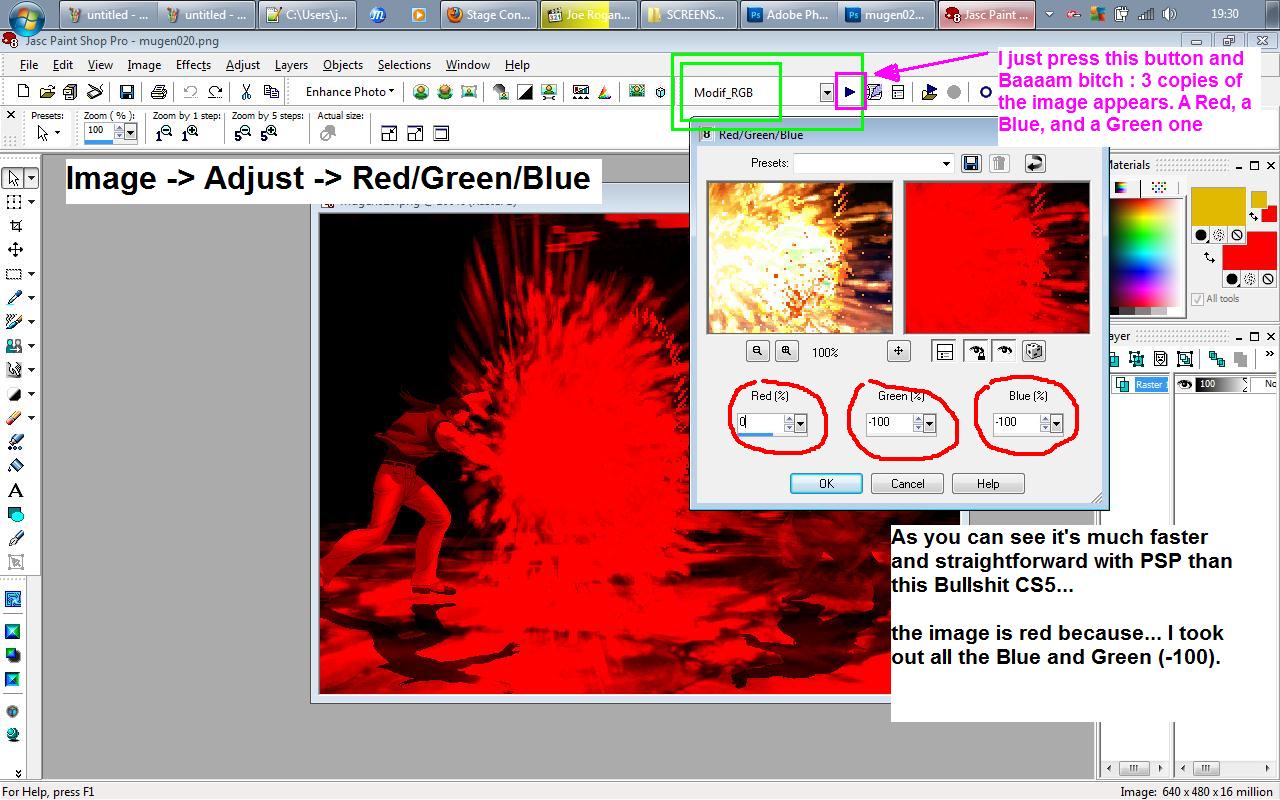 Final Result for Both software 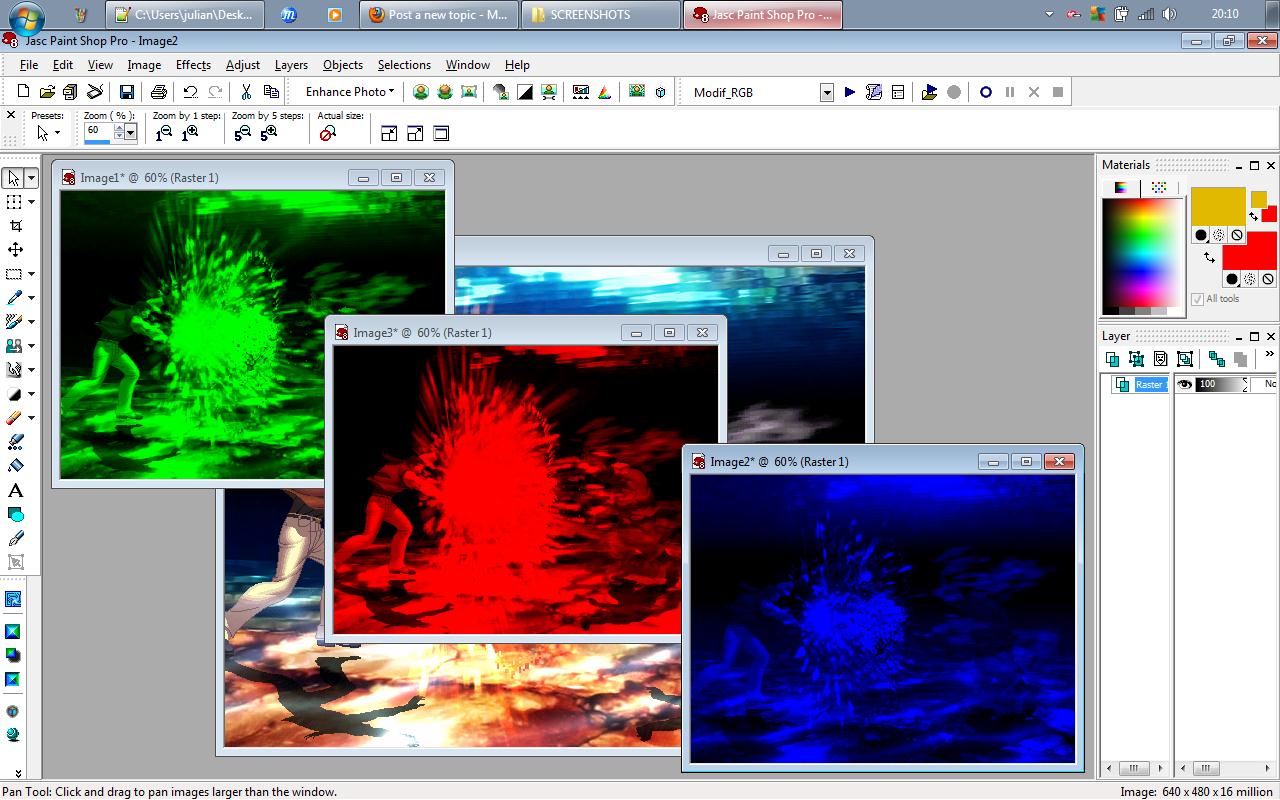 NOW FOR ANIMATION (Sort of Advanced...):

Definition of Alpha channel:
This shit (black and white image coded with sub trans mode that sits BEHIND other layers)

I already explained how to create an alpha channel here:
http://newagemugen.forumotion.com/t1781-how-to-get-a-perfectly-smooth-looking-sprite-no-hard-edges


same concept.
- Put all the frames of your anim in one folder and make 4 copies of that folder
- Build 4 scripts for batch process (a script that turns all images RED, a second script all BLUE, a third script all GREEN, a fourth script for Alpha channel)
- Apply one script per folder (Folder 1 will have all the frames but all RED, folder 2 all BLUE etc..)
- The 4th Folder must be the alpha channel frames. (I STRONGLY SUGGEST YOU STUDY MARGATROID STAGES as this is exactly the method he uses - his anims have 4 layers --> 3 RGB + Alpha channel)

* no need for alpha channel if the anim is the actual background (just code the layer that is the most behind with no trans...)