Today I would like to announce that I want to turn this project into a commission because time is too short with me and I really have no time to do anything these days.

So I would like your support on making this dream project to come true.

Link of the previous project:
https://www.newagemugen.com/t3706-final-fight-revenge-2-wip

I am willing to pay to the person who will dedicate his time and effort to make this fan game come true and to the team who are willing to make new stage designs and the fighting system.


Main Menu with English scrolling text in the bottom "informing the user the version of the game and the copyright (same on the previous video)". 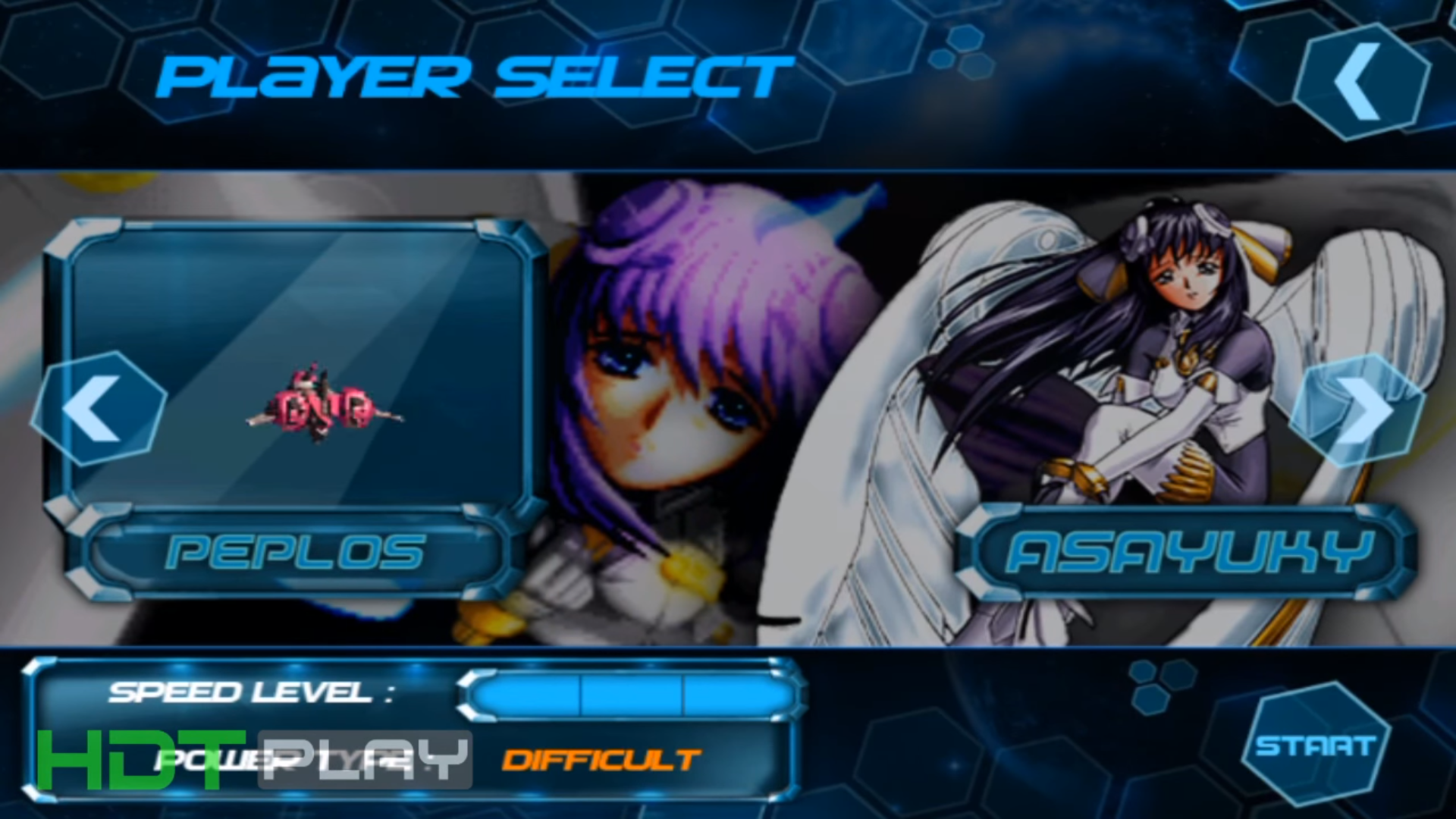 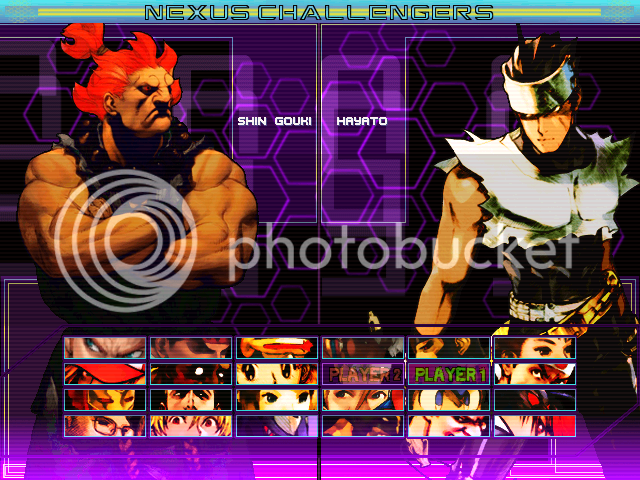 5- Stages should be remade and with reimagined stages with 3D Parallax example:

6- Cool Lifebar has Street Fighter X Tekken feel into it with character's portrait hub "I have open files I am willing to share for those who will work for the project to make it fast and easier".

8- Character's portraits should be rendered vectorized clean no pixels 4K UHD quality "Portraits will be shared to the designer once the commision is approved". 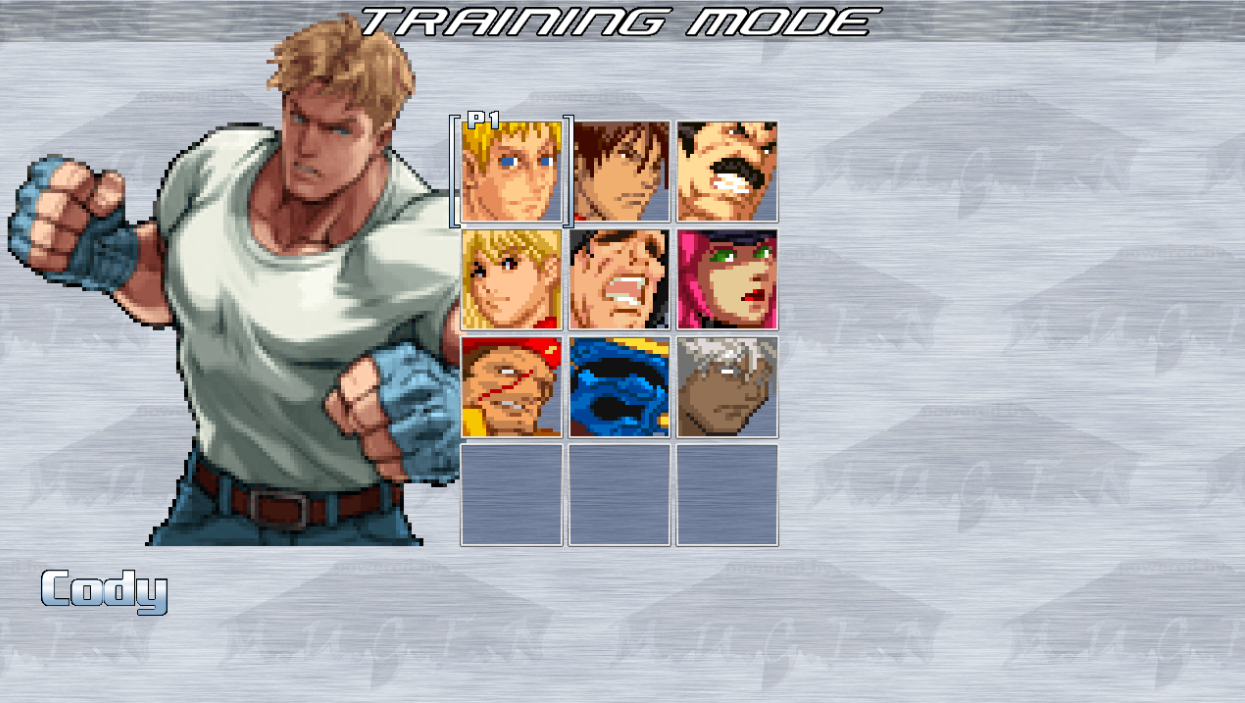 All the handover links will be given to the person who accepts this commission.

Posts : 957
Honor : 249
Join date : 2013-03-09
Hey Arika,
We can definitely take a look at pricing your commission for you.
I will go through everything you have requested in very fine detail. Once I have doe that, I will ask you any questions I am unsure of, and if there is anything that I see that may require a separate project/ separate commission request within your project, I will let you know. So lets start:

@ARIKAFGC wrote:
Main Menu with English scrolling text in the bottom "informing the user the version of the game and the copyright (same on the previous video)".

Easily done: You can provide any text you want and we can put it in there. This would be included in the menu screen design.

- by text I assume that means the font style in this image?
If you have a specific font you would like used, you can specify/provide it and we will use it.


- The style of the select screen can be anything you like, and the images/styles you showed are very easy to replicate.

- Most important thing here is that you have to confirm the total number of character slots you want at the start.
You should think carefully about this because it could be very time consuming (and expensive) if you decided to modify it later to add more

8- Character's portraits should be rendered vectorized clean no pixels 4K UHD quality "Portraits will be shared to the designer once the commission is approved".

This would require 2 designs - One design for the stats template, one design for the vectorization process.
- "character stats", is actually not part of a mugen screenpack or the select screen design.
The only way to achieve this is by making custom character portrait art designs that include the stats.
This is easy to do, but can be quite timely as it will need to be manually done for every character you add to the game so you will need to confirm how many portraits you require in total before we start.

This is one design - we can create it no problem - if you have any design that you would like it to look like/similar to so we know how long it will take to make, that would help too.

We will also be able to reuse the logo when we design the Intro Logo screen so it will save costs there on time.

@ARIKAFGC wrote:
5- Stages should be remade and with re-imagined stages with 3D Parallax.
10 stages.

10 stages means you will be commissioning 10 designs - which means quite a large project and quite expensive.
Stages and characters normally are treated as a separate commissions, but either way if you really want, we can do no problem.

@ARIKAFGC wrote:6- Cool Lifebar has Street Fighter X Tekken feel into it with character's portrait hub "I have open files I am willing to share for those who will work for the project to make it fast and easier".

The lifebars will require 3 designs:
1. Single Mode Lifebars/Powerbars
2.Simul/Tag Mode lifebars
3.Team mode/Turns mode lifebars
The fonts/portraits/round 1 2 3 animations etc are all included as part of the 3 lifebar designs so you dont need to worry about that.

What you do need to confirm however, is whether or not you want custom lifebar portraits - this would be classed as an extra design since it will need to be done for every character in your roster - you can confirm this.

2 vs 2 Tag team mode is fine - to do this, we will need to use the ADD004 mugen patch as the base for your screenpack.
This is not a design feature so there would be no cost involved in this.

However, be aware that not all mugen characters are coded to support tag function or add004 so there is a chance that it could create errors in certain characters. You will need to test your characters you want in your game in add004 first to make sure they will support tag mode first.

3 on3 tag mode is not a default mugen feature. This is a newer feature in IKEMEN, and also a feature done using patches on characters.
There is no function yet for adding 3 lifebars on screen that I am aware of in Mugen 1.1 so I'm not sure how this works.
This is something you would need to test/add on your characters before sending them to us.

According to this, your game will have a grand total of 11 characters - which is no problem.
As for these 2 characters:

I assume you want palette FX/Aura to look like the character in the video you posted - this should be no problem and would be 2 designs.

Regarding your last request:

This is an original character design and would need to be treated as a separate commission from this project.
Character creation requires the hiring of a coder/spriter - this can be very expensive (over $200 USD).
If you still really require this, you can create a separate thread for this for some of our spriters/coders to look at for you separately.

OK.
So lets summarize your project based on these notes:

3. Mugen main menu screen.
Special requests: "text in the bottom informing the user the version of the game and the copyright"
= 1 x Design

8. Character edits
Special Requests:  "Zombie guy/cody with palfx as per shown in video sample" (client to provide base characters for edit)
= 2 x designs

Commissions/Requests outside of project spectrum:

Thats a very long shopping list you have there.
Exactly how much are you intending to spend on this game?
Obviously for a job this big you must have a figure in mind.

For something this big i think you would be throwing your money away if its all that advanced work for just 11 characters in a game.
Wouldn't it be smarter to make a larger roster game for all that work?

@Filthy Fredo wrote:
Thats a very long shopping list you have there.

That's an understatement! - I'm not a character spriter so I think i'll pass on this commission.
ARIKA, do you mind me also asking what is your budget for this, and when do you expect to have it delivered finished?