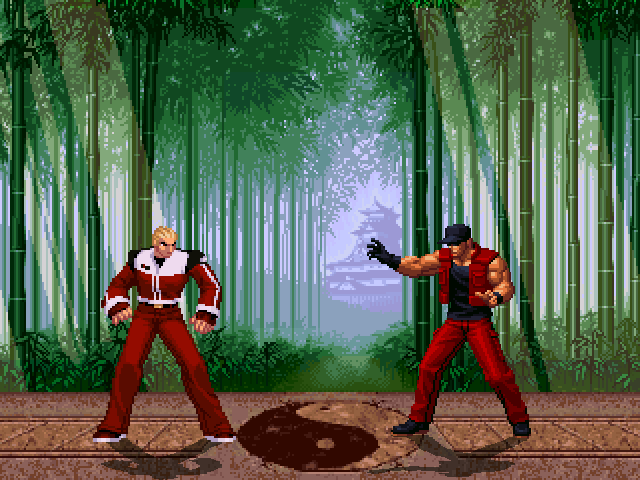 as a way of celebratin' a recent R.O.K. accomplishment, ZombieBrock & ya boi Alpyne are releasin' this update we've been tinkerin' with for tha Forest Training stage he released last year. also, not-so-ironically, it's a bit of a prelude to my upcomin' update for Kushiyama Forest. now this isn't greatest stage, but it doesn't suck too much either, i think.....

you good bruh, get at me when you can, just don't forget me 1ce you become "nigga rich"


- What's up with the leaves at the beginning? They just fall very quickly and disappear in midair, it doesn't make much sense. I checked out the sprites, they end a bit abruptly, perhaps if you had them end at a different spot? Try to find a loop point?

- I appreciate the light animation, it's nice, but maybe they could flicker? Or hell, you could even have the animation repeat a bit more faster and consistently for the lights.

- The floor was a nice touch a bit clashy color wise, but in this instance it'd be better to have it separated for a very slight delta movement, maybe a recolor, add some vegetation growing from it.

- Add leaves that fall consistently? Or birds? Anything? It's a bit plain as of now.

- Any kind of different delta movement would be nice, give a bit more life to the stage.

- Bounds seemed okay and everything, to the pixel.

- It'd be nice to have the BGM be a similar or exact same name as the .def/.sff so it doesn't get lost for unorganized people, this isn't that important though.

- Sprites were left uncropped in the .sff.