Well its been a long time I released a stage and also the first time i'll be releasing a decent one.
This isn't a Release Thread but a 'Test' thread for this stage.
Once this stage is complete, i'll release it but for now ...
I'll be uploading a sample of a stage so that you guys could test it, give feedback if you wish.
Before I show you the link, here are some screens of the dated version of the stage. 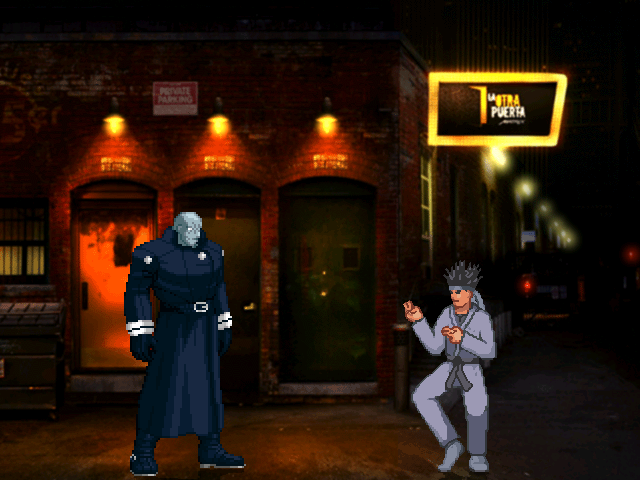 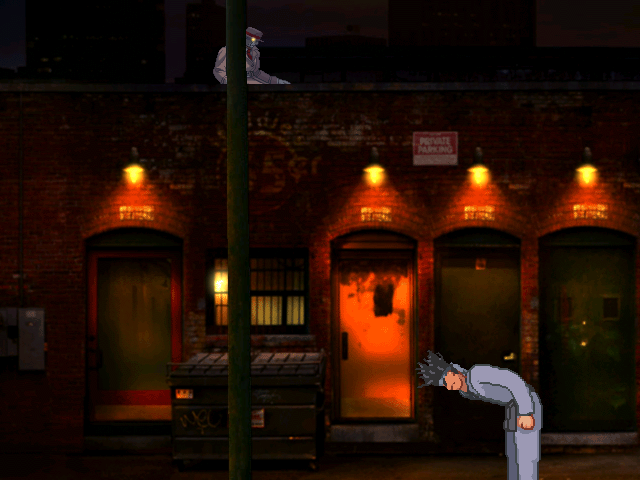 Some info about the stage:
- The stage is based from the Art of a Master named Philip Straub
- I originally intended to make this into a Raccoon city-like stage with Mr. X or maybe nemesis on the Rooftop
(Why not make a version with them too?)
- This is the first ever stage that i'll make with my full effort
- Yes, Q is in the background. Problem?
- I might make a 2nd version of this stage, without Q


Some future plans for the stage:
- Add Small Lights that turn on-off in the BG Buildings
- Add some smoke to the Powerbox
- Add tint to the stage
- Add Fog (OPTIONAL)
- Animations on the Rear light of the car
- BGM


Before I give the link, i'd like to thank the following people for helping me out in getting started at Stage making.
Jean, you're awesome man. You taught me your tricks at stage making and I owe you for that.
xX-Nero-Xx, your stages are one of the reasons why I got inspired to make a stage plus you gave me a copy of Particle Illusion, I owe you for that too.
WLB, your stages are the bomb man. One of your creations is TheCitysWindows, one of my favorite and also one of the reasons why I got into stage making, I owe you.
Zeroz, if you haven't invited me into the Newage team, I wouldn't even know these guys. I owe you for that.
TwilightPhoenix0402, your one of the dudes here that was interested when I was making some sprites.
That made me to thrive more to complete a stage and for that, I owe you.
The Newage Mugen Team, you guys are awesome! Unlike MI, you guys are supportive!
Cybaster for his Complete Stage Tutorial.
Mugen-Infantry, that's the place where I started my journey.


And remember, no LEAKING!

I appreciate the thanks and such.

I usually don't like characters in the backgrounds of stages, though Q kind of looks fitting in my opinion. Like you said, some flickering lights on the building and some smoke from the machine would be nice. Maybe have the neon sign glow.

And yes, I actually downloaded it and used mugen. Me use mugen! Crazy. But yeah, you should have Q walk around a bit. Or move at all.

You also left the name of your stage as training stage. Which isn't a big deal.

All in all a great start. I'd love to see you hand-code everything and use animations and deltas one day, you have awesome potential. We're always here to help as well. You're part of the team!

Well I do have this one problem, the colorloss is killing me.
I tried to use Cybaster's Stage creation tool to make Tiled Sprites but something's wrong with it. It keeps on saying something about 'Java'?
Soooo it won't work.

Could someone here help me solve this problem?

cut your stage in small pieces of different colors.

cut the doors as separate sprite for example because they are green whereas the wall is red.

that forces the palette to share different shade of red and green and the same time which sucks.
120 shade of green + 136 shade of red, for example.