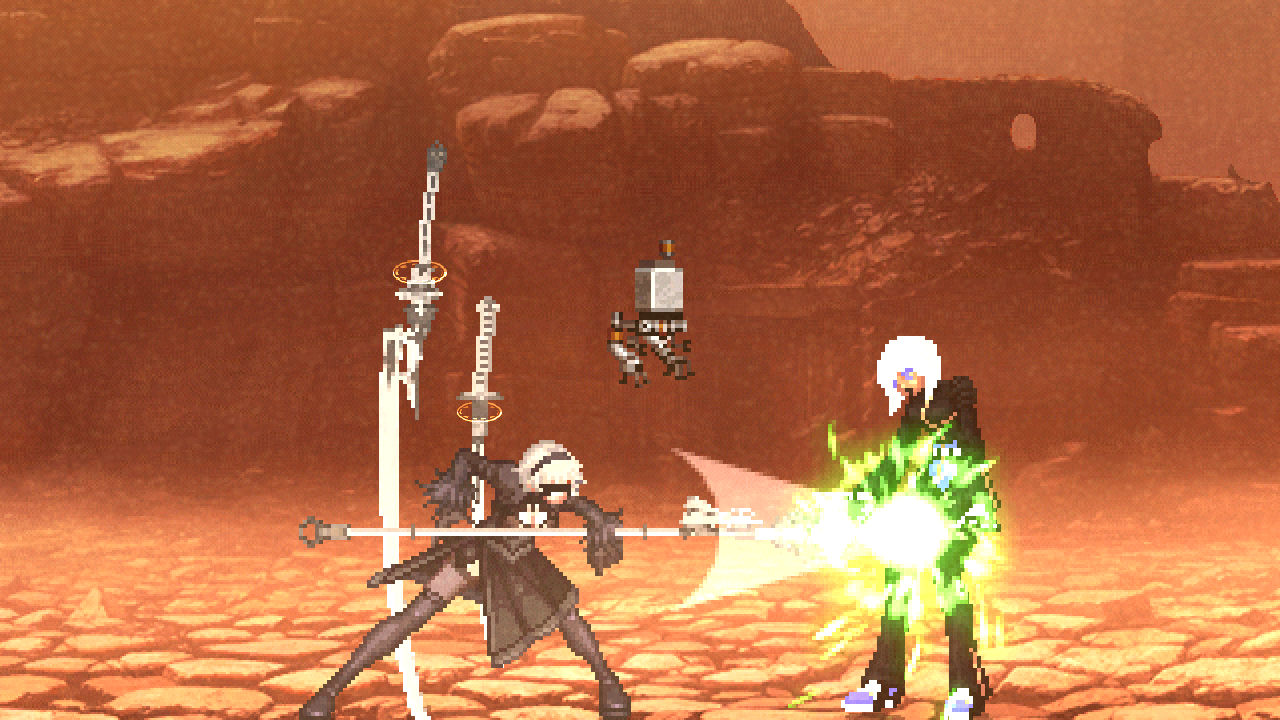 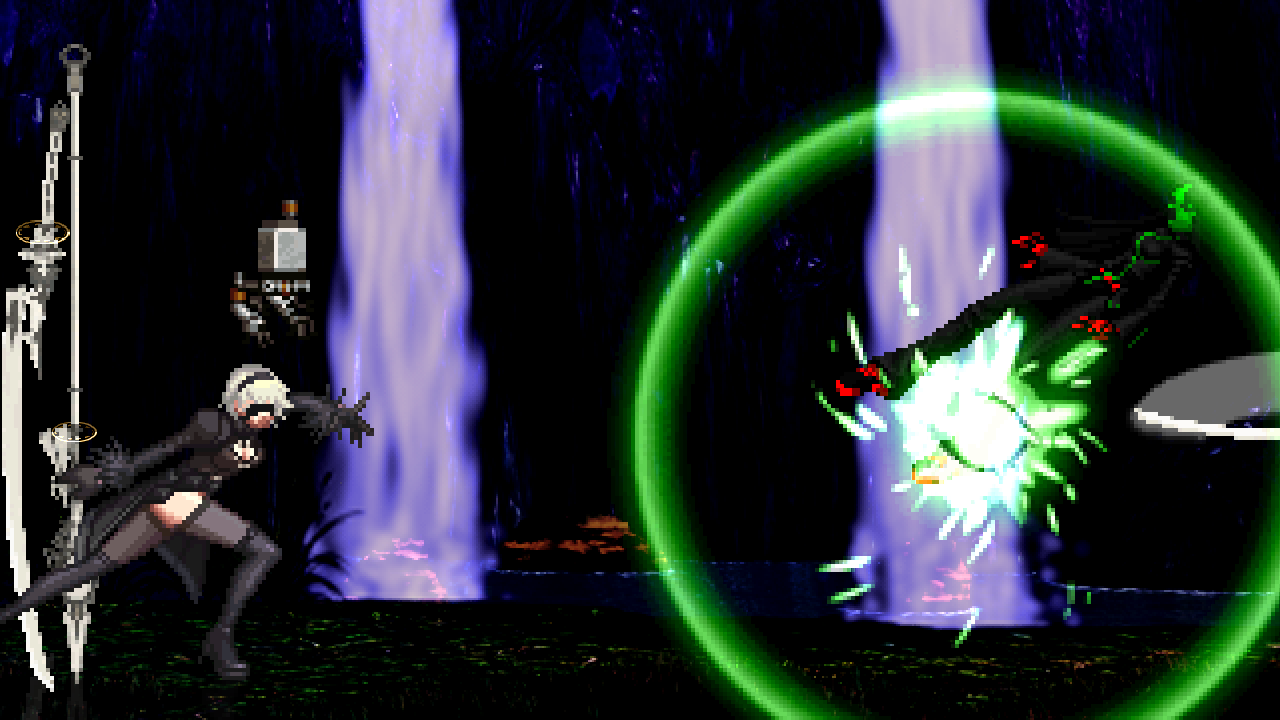 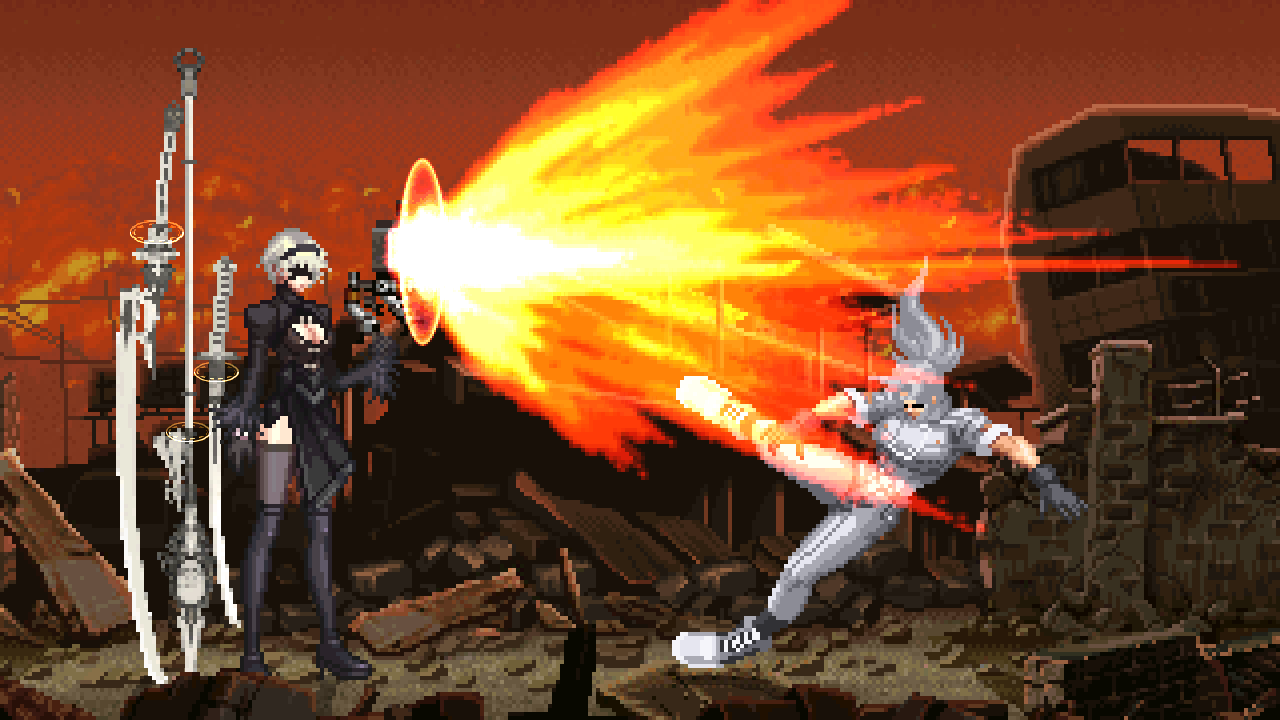 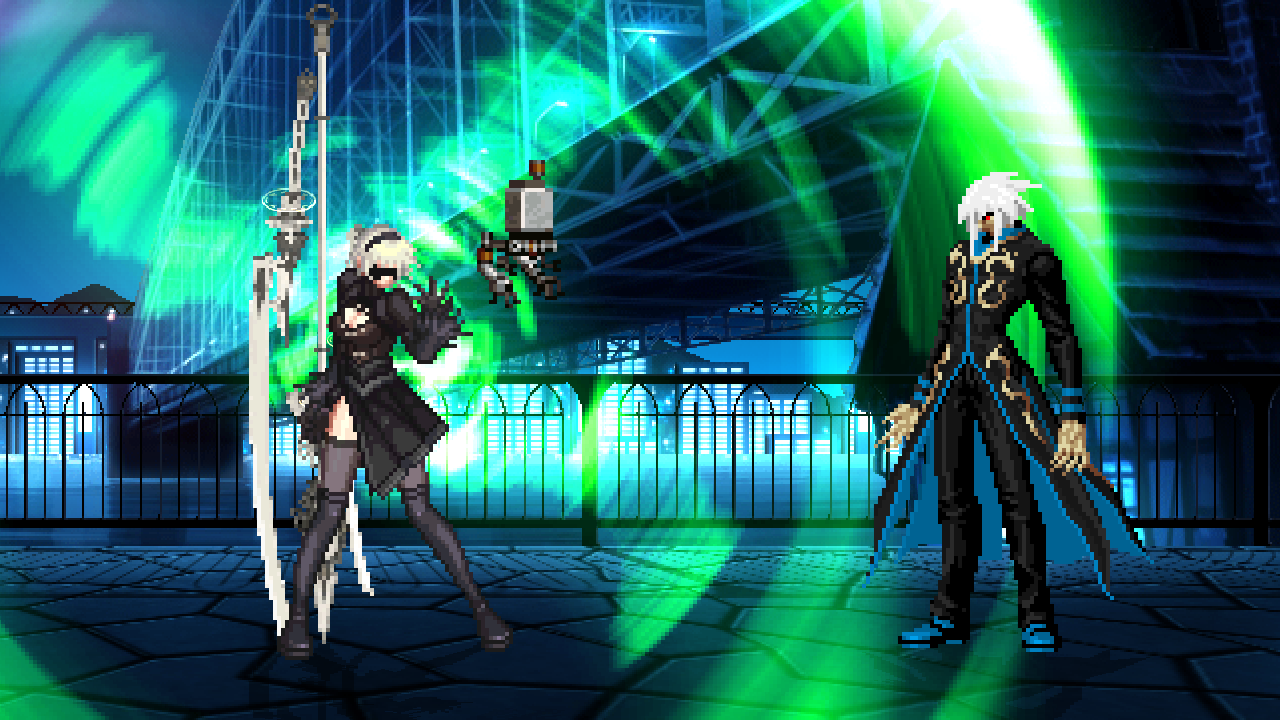 YoRHa No.2 Type B (or 2B) is a YoRHa battle android created to defeat and destroy the machine lifeforms that roam on Earth. She possesses numerous weapons that are mainly used for close quarters combat but she is also accompanied by a Pod support system that helps her for ranged attacks.
Most of her attacks are inspired by the game NieR: Automata from which she comes from and sprites were made by 九鬼.

Credits:
- Sprites by 九鬼 ! (Thanks to Werewood too.)
- Ryon for the ripped hitsparks !
- Z-ero7 for the ripped sprites of the weapons !
- YAMATO for his effects on his Superportraits from Dante DMC4 !
- Romeotantan for his A.I. tutorial !
- Sky79, Humberstein and smhungary89 for some effects !

Movelist and Credits are also in the readme.txt.

No palettes for now, sorry for that.

Update Notes:
- Modified timing on some basic attacks
- Added a new Cancel move : "Cancel : Half Moon"
- Higher damages for LV2 supers
- "Charged Spear LV1" has been replaced by a new super move called "Spinning Spear"
- "High Kick" has been replaced by "Aggression Shift" which pulls 2B closer to the enemy and allows her to easily start a basic combo
- "Charged Sword" is now a LV2 super (and costs 2 000 power)
- "Virtuous Throw" has been replaced by a new super move called "Aerial Leap" (which costs 1 000 power) and launch 2B in the air
- Added a new Super attack that can be launched in air : "Throwdown" (which costs 1 000 power)
- Combos were revised again, the A.I. as well
- Some effects were added or modified

Authors Notes:
The movelist is available in the readme.txt located in the file.

It is highly likely that this will be the last update I will be able to make on 2B. As much as I would like to continue updating her, I am afraid that it won't be possible because of my studies. At first, I wanted this update to include palettes but wasn't able to get through it all, therefore this version has dozens of sprites that are coordinated and hundreds that are not.

That being said, this character is completely open-source. If anyone wants to modify it, or create their own version of it, well you're free to do whatever you want, just remember to credit the right people (most importantly 九鬼 for the sprites, not me) and send me your version of the edited version, I would gladly like to see how you gave your own flair to it !